The “birds nest” was a long, narrow hallway leading out to a window overlooking the historic Remington Street. A paper tacked up to the wall warned, “Don’t store your stuff here” and wooden floorboards under the crumply carpet we stood upon moaned as we made our way back downstairs. We passed a room full of all sorts of bits and bobs, fans and beds, pictures, things, and a big window, a coffee machine. Was it a room? I wondered. The door was wide open but no one appeared to be occupying the dwelling. The shiny gold numbers decreased as we walked back downstairs. Twenty-nine, twenty-eight, twenty-seven appeared on the north side of the hallway. I wondered what was behind all these doors, what sort of characters I might here. One number was flipped upwards on room number 26. It looked like a cock-eyed 29, and I thought of scary movies where the killer at the hotel mistook the room number. Mistaken room numbers often appeared in horror films. The white walls, silent wooden benches adorning the white hotel-like walls, solemn bookcases and an antique spin style phone booth room greeted me while we walked down the hall. 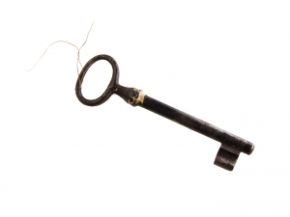 “And this would be your room, “ said the woman with a thick southern drawl. She grabbed at the shiny gold doorknob, fumbling for the right key after the familiar jingle of her plethora of keys. One lock, two locks, the door was open. Room number 25, a number close to my heart was to be my room in the historic downtown for the next six months. Various tenants made their way around the building, bobbing and moseying around at their own unique paces and each person as interesting as the next. Suzy, who also seemed to be from the south popped out of her room a few days before my official move in date on her way to clean the “ladies room” which I was told more than once even before moving in, was a no-men-allowed area, and that the door was to be securely locked behind me. I was also given a “ladies room key” which seemed to be some sort of sacred artifact in the house.  It was so guarded I wondered if there had been previous issues with men and bathrooms or men IN bathrooms. Perhaps the women were just fed up with yellow stains on and around toilet seats as well as toilet seats left up in the middle of the night.

A large whiff of history smacked my nostrils upon entry into the quaint room. “Historically Hip Residences” said the tagline to the sign in front of the property, the original tagline that sparked my curiosity. It had been just what I was looking for, old, worn, used, yet familiar and warm. It had the familiar antiqueness that was the closest to a European feel as I could find. I felt at home with antiques. At first whiff I smelled every au pair and old lady that had resided in that room, complete with a folded futon and quilt, antique rounded desk, nightstand a bird watchers clock someone had left behind and an old black medical shoe of some sort that I later found stashed in the top shelf of the closet.

Donna resembled a character from a movie from the moment I met her. She almost seemed out of place here, though. I felt she would have been more at ease in the moistened heat of a house in the deep south with a wrap around patio and a glass of sweet tea. “Now no gay-est is to go around the place alone, and you don’t give your lay-dees roam kay to any- one. Now, I don’t mean that if your girlfriend has to go to the bathroom real quick you gotta hold her hand through the hallway, but you know. We’re real careful about who goes roamin’ around here and you’are first week or so here you’ll probably get questioned a lot as to who ya’are.” While sitting in the office filling out the final lease and paperwork for my six-month signed lease in my “Historically Hip” bedroom I eyed the various other antiques in her office. Aside from the cheap backside of the desk she was sitting at, which was probably self assembled and from Wal Mart, the entire room was made up of antiques, from ships, ship themes, captain’s themes,  or just various American antiques.  A captain’s hat dangled from the shelf beside me, and a large box of coffee grounds in bulk lay behind the door. There was coffee in the common area every day. “Now don’t ya go bustin’ yer winders or chandelier, otherwise you gone half-ta pay fer it. Yer know.“ Donna said matter-of-factly. And I nodded once with the same tone. The common area through which one enters the house is adorned with large brown leather sofas and held together with large golden buttons of sorts. A huge fireplace and an antique rug welcome guests, visitors, friends and the like and the room is called the Great Room. And as far as I can tell, the coffee is always full. To my delight,  there also seems to be a jar full of gingersnap cookies on the table at all times. Downstairs is the large stainless steel and fully equipped kitchen fondly known as the Galley, complete with various ship kitchen plaques and sayings.

“Welcome Aboard” are the first words to greet visitors at the big purple house. It has been restored, probably many times, yet I couldn’t help but wonder if the carpet in my bedroom was tread by the feet of the frat boys who resided here when the house was built in 1907. The big ship of a purple house had about as many rooms and certainly as big of a kitchen as a ship galley. Stainless steel sthroughout it isn’t hard to imagine the whole place swaying softly while standing in the basement of the large house, where the Galley was situated.

I tidied my room up with my antique looking things, adorned my antique wooden desk with gold handles with a vintage red lamp with dangling beads, hung black and white pictures of the Eiffel tower and melting Dali clocks, and stowed away my modern IKEA style European modernism. This room was to feel old. Im pushing it with a refrigerator and a microwave in the corner but caddy-corner from the modern utilities is a vintage/antique nightstand, an even older green glass lamp and an original old clock with the big silver ears, ticking consistently and melodically throughout the day. The same clock which lulled me to sleep my first night in the big house.