On Thursday May 23rd Aliza and I cruised highway 95 up to Las Vegas to check out our RV, check into to the Oasis Las Vegas RV Resort and set up camp for the incoming ladies (we made a dancing Vine HERE).  Carol Cain flew in from New Jersey (and technically straight from France when we picked her up) Carla King from San Diego, Chelsea Duran from my beloved Boulder, Colorado and Melissa Pierce from Chicago, Illinois. Aliza and I played the welcoming crew in our Whiskey Sister shirts all morning as everyone landed in sunny Sin City.

Our RV drive to Vegas merited some goofy roadside fun.

Welcoming the first of the Whiskey Sisters to Vegas – Carla King!

After dinner at the Border Grill, owned by lady chefs Sue Feninger and Mary Sue Wilkinsen, we met up with Dr. Joanne Goodwin from the Women’s Research Institute of Nevada. She told us all about the women who shaped the Strip. Here’s a little known fact, a woman designed the Welcome to Las Vegas sign, and her name is Betty Willis. There were various women who shaped the creation of the current day Las Vegas Strip, including women like Anna Bailey who owned and operated several of the night clubs, only after being a dancer herself for many years. Or there was also Claudine Williams who started working during the depression and eventually in dinner clubs and gambling she became the first woman inductee into the Gaming Hall of Fame.

Dr Joanne Goodwin of the Women’s Research Institute of Nevada 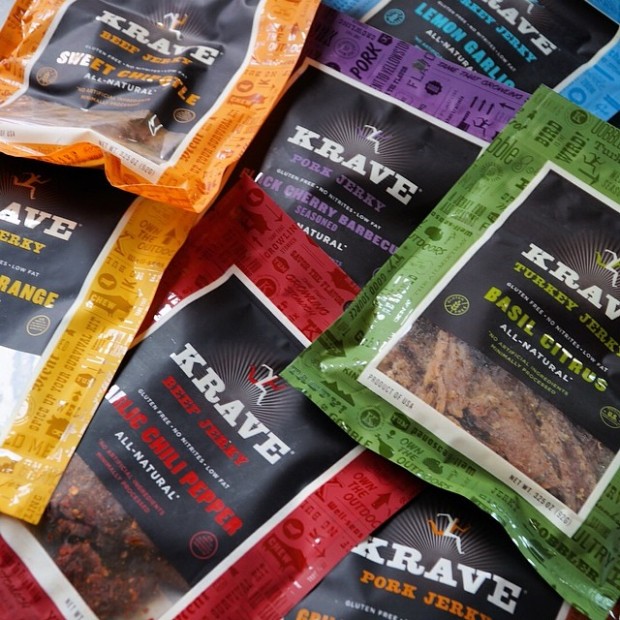 The seven-hour drive to Yuma in the RV merited more chicken dance jigs, found HERE. And a Krave Jerky Party on the RV. I started to realize that the Google Maps E.T.A that I had planned for the trip was going to take a little bit longer n a 30′ foot RV, and that we’d require a few more bathroom breaks and photo pauses than I’d anticipated. Carol shared delectable treats from France with us, and Carla was kind enough to share her book, “American Borders” with us.

Upon arrival in Yuma’s 100 degree heat,  we parked and checked ourselves into the Yuma Territorial Prison. Yuma’s own historian, archaeologist and beloved chef Tina Clark met us at the Prison and shared her insight to the restoration of the Prison and the 26 women who stayed there over the years. “One of the women held there was the legendary stagecoach robber Pearl Hart. She escaped once, was recaptured, but released after year two of her five-year sentence. The warden enjoyed the attention she attracted and treated her well, allowing her to entertain journalists and pose for photographs. She was pardoned early to reenact her crimes on the Kansas City stage. Unfortunately she was a terrible actress and was booed off. Still, she was booked (under an alias) to work in Buffalo Bill’s Wild West Show.” ~ From Carla King’s blog

Words cannot describe the treat that Tina, Valerie and Rosa took two days to prepare for us all for dinner. With our Whiskey Sister Whiskey we’d given her, she created a five-course meal. It featured Whiskey Sister in each course and included everything from local whiskey soaked Medjool dates, almonds roasted in whiskey, basted in honey and tickled with sugar, to butternut squash whiskey soup, with whiskey pecan pie and whiskey milkshake frappe’s for dessert. We were greeted at the door with whiskey margaritas Tina and the local visitor bureau’s Linda Morgan shared stories of women in Yuma and its history.

With overly full bellies, we headed north to Prescott, Arizona. Carla King’s friends Mark and Jill met us at their Prescott shop, Scooter and Auto Source on their motorcycle, with an attached sidecar and a Ural! Urals are the 1938 version of a BMW that Russia recreated. Three gals strapped on helmets and piled onto Mark’s bike and sidecar with him, and Carla drove the other one, bringing me and Melissa to the Sharlot Hall Museum. Later, I moved from the back of the bike, to the side car.  We had a quick history of the Prescott fire, the buildings there and a few Prescott ladies.

My first ride in a sidecar! And a Ural!

Bounding over the large rocks and boulders on the outskirts of Prescott, Monday morning I finally got in my trail run. The trail look me along Willow Lake for some light climbs and jogs in the early more, mosquito covered air. By noon, Chelsea, Carol and Aliza were staring into the Grand Canyon for the very first time. It looks surreal from up top, a vast expanse that should only be allowed in a postcard. The necessary #selfies and #groupies ensued, followed by mustache Vine videos and a stop at nearly every scenic overlook along the Canyon. You can imagine the photos that followed. 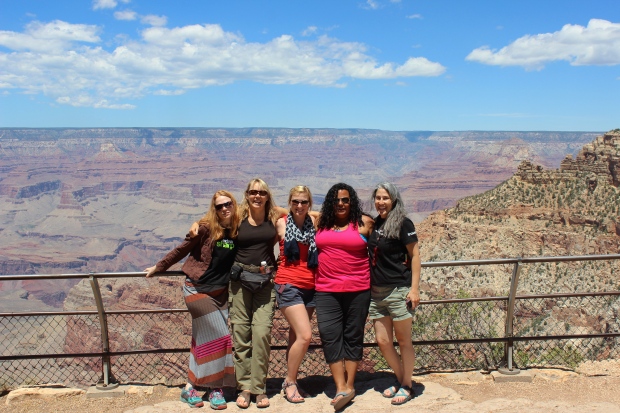 Having all women in an RV creates a unique atmosphere. We work together to get things done. When a man is involved, he seems takes over the things that are assumed “manly tasks” and women follow suit with other jobs. Often women fall back and let men take over “more difficult tasks.” But when there are no men, everyone steps up to the plate to get the job done. We are all equal, filling gas, backing up the RV, turning off the propane before fueling, emptying tanks, checking the oil, cleaning, doing the dishes.  We let Carla change the fuses on the RV, though.

We take turns, and get it done. We can do it, of course we can do it, but I wish I could show you the looks we get when people watch a woman not only drive up in an large RV, but five adult women pile out the back door.